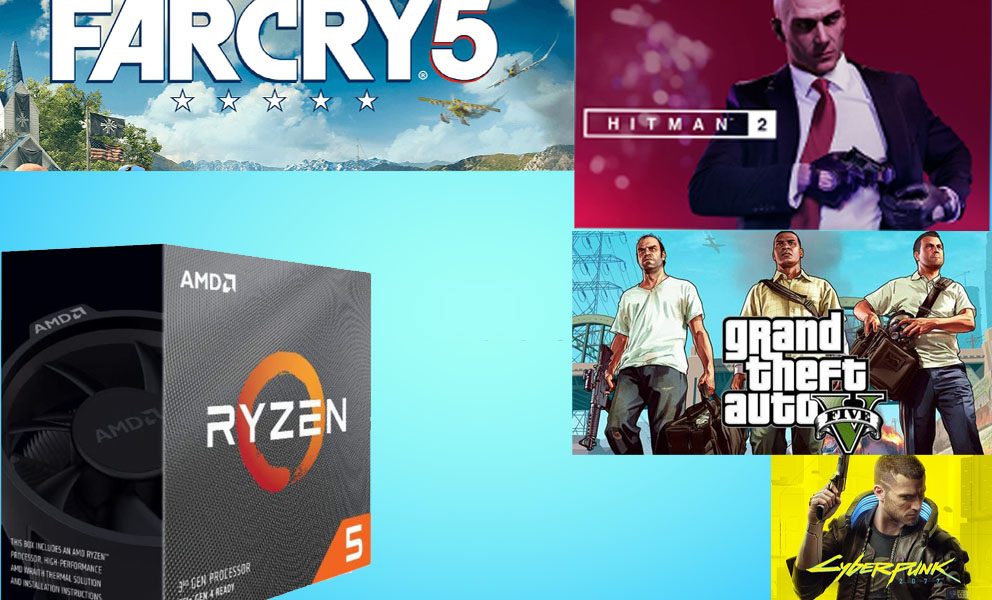 With six cores, each clocked at 3.6 GHz, the Ryzen 5 3600 easily meets the recommended requirement of most AAA games in the market. Also, you can overclock this CPU up to 4.2 GHz for extra performance gains in gaming.

The AMD Ryzen 5 3600 is the Red Team’s mid-range processor with 6 cores and 12 threads. On each core, you’ll find a clock speed of 3.6 GHz, which can be overclocked safely up to 4.2 GHz with a simple click. Ryzen 5 3600 is readily compatible with AM4 socket motherboards and supports DDR4 ram modules up to 3200MHz clock speeds.

With decent specs, it looks like a great deal for single-threaded and multi-threaded applications. This small 65W TDP processor shows up as a great option for budget-oriented gamers who don’t want to spend more than $200 on a gaming CPU. Its sibling, the Ryzen 5 3600X costs more than $300 but delivers roughly 10 to 15% better performance in gaming and content creation workloads.

But the base clock speed and TDP on both, the Ryzen 5 3600 and Ryzen 5 5600 remain the same. And when it comes to playing the latest titles, then Ryzen 5 5600 delivers a handful of more fps as compared to Ryzen 5 3600. But the choice is yours, there isn’t much difference in performance and if you are getting Ryzen 5 3600 for a cheaper price, we’ll highly recommend you to go for it.

Testing the Performance of Ryzen 5 3600 in Gaming

To see if the Ryzen 5 3600 really meets our expectations, we thought of throwing some famous games titles on it.

We started with GTA V, the all-time favourite game in the industry. Although the GTA V is highly favoured by Intel processors, the Ryzen 5 3600 didn’t let us down either. At 1080p settings (Ultra-High), the Ryzen 5 3600 managed to deliver 150+ frame rates beating Intel’s Core i5-9400F.

During the research, we came across the benchmarks carried out by Tom’s Hardware regarding the performance of Ryzen 5 3600. We ran the same type of test on Hitman 2 to see if the scores reflect what was shown in the benchmarks.

However, we were hardly able to push frame rates over 60 fps with this processor. This could be due to the fact that Tom’s Hardware had used a powerful graphics card (RTX 2080 Ti) with Ryzen 5 3600. But we were testing these games with RTX 3060 12GB version.

Some games do put a lot of stress on your CPU, which increases its temperature. And at a certain level, it’s difficult for a stock cooler to dissipate that massive amount of heat. Here’s a video that clearly shows the difference when you take away the stock cooler and put an aftermarket cooler on Ryzen 5 3600.

When playing Far Cry 5 at 1080p settings (DirectX 11), the frame rates averaged around 75 to 80fps most of the time. We’ve noticed that at base clock speed, the AMD Ryzen 5 3600 struggles to deliver higher fps with this game. But if you add a bit more clock speed to his chip, you can expect addition of 10 to 15fps more frame rates.

The truth is, there a very narrow difference between the performance of Ryzen 5 3600 and 3600X. You can expect a bit more frame rates with Ryzen 5 3600X. And at 1080p if you are getting stable frame rates over 60fps with an affordable processor like this one, what else you could expect.

Most PC gamers still prefer playing games at 1080p resolution. And it wouldn’t be wrong to say that the Ryzen 5 3600 has enough juice to let your play most all-time favorite games at 1080p 60fps.

Now we really wanted to see how our Ryzen 5 3600 CPU would react to the CyberPunk 2077 at 1080p settings. Although, this CPU highly meets the recommended system requirement of CyberPunk, the reality is totally different. We’ve seen CyberPunk giving hard time to most high-end CPUs from Intel and AMD.

And in CyberPunk 3060, we had set the ray-tracing to OFF. It’s because our goal was to have a smoother gaming experience. And another reason was that ray-tracing on RTX 3060 is not good as it’s on other high-end cards in the RTX 3000 Series.

Finally, what we’ve found so far from benchmarks and gaming results, the Ryzen 5 3600 gives you the most bangs for your buck. Especially, when you compare this older CPU with some of the Intel’s Core i5-12th gen gaming processors, you’ll find the Ryzen 5 3600 competing one on one with them in gaming.

Most gamers are confused to pick between the Ryzen 5 3600 and Ryzen 5 3600X. To be honest, the latter holds a bit more juice you could squeeze out in gaming. However, you’ll throw more cash on the table to buy the 3600X version. Like we’ve said earlier, if you are up to 1440p gaming, then the “X” version would definitely add some sort of value to your gaming desk.

Not only the Ryzen 5 3600 but also other chips in the Ryzen 3000 family offer the best value in gaming as compared to Intel’s competing line-up.

Which motherboard would be the right fit for this CPU? Well, the Gigabyte B450 Aorus or ASUS ROG Strix B550-F Gaming both are highly compatible with Ryzen 5 3600. We had installed this CPU on Gigabyte B450 and used the stock cooler that’s shipped along with this CPU.

Furthermore, it would be better to replace the stock cooler that comes with this CPU with a reliable aftermarket cooler. By doing so, you’ll squeeze some extra gaming juice out of your Ryzen 5 3600 processor.

Last but not least, if you are planning to go with Ryzen 5 3600 for 1080p gaming, then don’t forget to pair it with a reliable graphics card. We’ve found RTX card highly compatible with CPU, but you can also go with AMD’s RX 5000 or 6000 GPUs for better gaming experience. Nvidia RTX 3000, however, show less than 2% bottleneck with Ryzen 5 3000 processors. 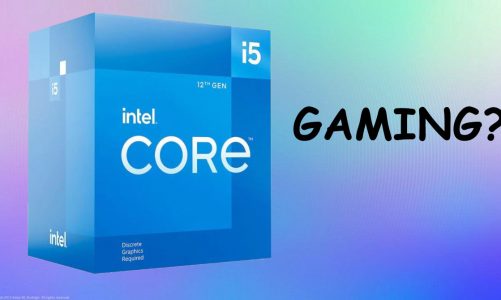 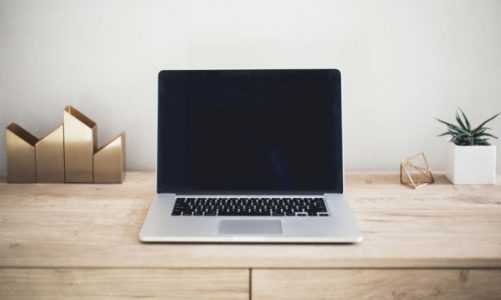 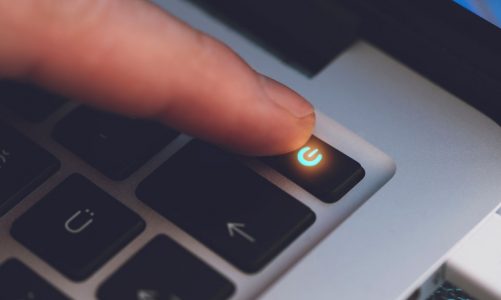