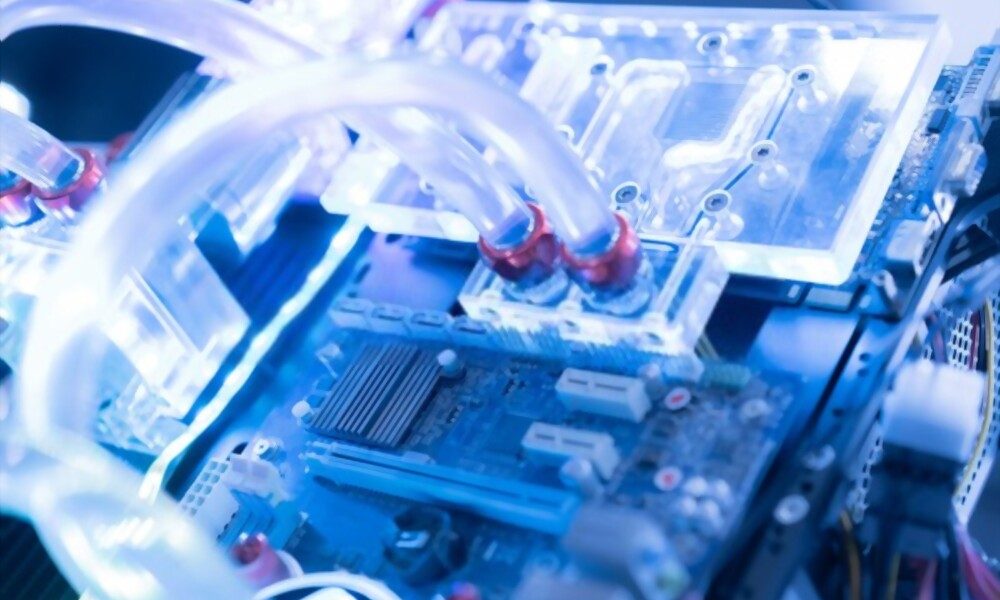 With the PC gaming peripherals becoming more powerful, the need for a better cooling system has increased as well. In the old days, an air cooling system was enough for a gaming computer. But computer peripherals of today like multiple-core CPUs, higher clock speed ram modules, and VRMs dissipate a lot of heat. And to dissipate that enormous amount of heat, you need a motherboard that is compatible with a liquid cooling system.

The water-cooled motherboards come with an integrated monoblock that covers the VRMs, CPU socket, DIMMs, and PCIe Express slots. And these types of motherboards are ideal for overclockers who are looking to cool down their high-end gaming rigs.

List of the Best Motherboard for a Liquid-Cooled Gaming Rig

A reliable motherboard to get the most out of your 10th generation Intel CPUs. It’s made up of high-quality chokes and capacitors to last longer. Also, the Maximus XII Formula Z490 has a built-in Intel WiFi 6 adapter and three M.2 connectivity ports.

The ROG Maximus XII Formula Z490 is a motherboard ideally crafted for a high-end liquid cooling build. This ATX Form Factor mobo comes with a CrossChill EK II waterblock to take care of a massive amount of heat.

The waterblock used in this motherboard uses is of hybrid nature. It means that it can either use air or liquid to cool down the components. The CrossChill EK II hybrid waterblock can lower the MOSFET temperature down to 30 degrees with liquid cooling.

For decent handling of the power, the motherboard has 16 power phases, where each phase handles up to 70 amps. The overall power circuit of the Formula Z490 is made up of durable capacitors and chokes to unleash the limit of your hardware.

Apart from a powerful cooling configuration, the Maximus XII Formula Z490 excels in other departments as well. It can handle up to 128GB of DDR4 ram with a clock speed up to 4700 MHz. Right next you get access to PCIe Express 3.0 to install your graphics card and triple M.2 slots for expanding storage.

The formula Z490 welcomes you with a built-in Wi-Fi 6 adapter to stay connected to the outside world. Now, this is the fastest built-in Wi-Fi adapter with a dual-band antenna that you will find in a mid-range motherboard.

On top of all, the Aura Sync RGB lighting on this motherboard gives an aesthetical touch to it. And there’s a small 2″ display screen that gives you insight into the temperatures and other stats.

A high-end motherboard with EK monoblock and VRM water cooling to stable the temps of your VRMs and CPU. Also, this board gives you the best value in overclocking, especially if you want to overclock your ram up to 5333 MHz.

The MSI MPG Z590 Carbon EK X is the most compatible motherboard for 11th gen and 10th gen processors from Intel. Just like the Asus Maximus XII Formula Z490, the Z590 Carbon EK X features the EK monoblock for cooling down the CPU socket and VRMs on your board.

Carbon EK X comes with 18 Phase VRM with 75 amps on each rail to give you the best possible performance in overclocking. 16 Phases are dedicated to the CPU socket whereas the remaining two cover the GPU and other important areas.

Overclocking your hardware to that much level results in more heat. And to deal with the heat, the Z590 CARBON motherboard has the Quantum water-cooled EK monoblock. The monoblock works efficiently to reduce the heat, thus preventing the CPU and VRMs from blowing up.

The monoblock used in this motherboard is a masterpiece on its own. It’s made up of acrylic glass and has D-RGB lighting to keep in line with the theme of your gaming rig. You can control the RGB lights on this motherboard with the help of MSI Mystic Light software.

Now let’s talk a bit about the performance of this motherboard in gaming. Well, with the support for LGA 1200 compatible CPUs, two PCIe 4.0 slots, and memory expansion up to 128GB, we can say that this motherboard won’t let you down in hardcore gaming.

The thing we really praise is the ability of this motherboard to overclock your ram over 5GHz. Also, there are x4 Gen 4 M.2 slots to add faster storage disks at a time.

With so much connectivity and overclocking options on one platform, the MSI MPG Z590 Carbon EK X is the best bang for your buck motherboard for liquid cooling PCs.

The ROG Maximus XIII is a premium motherboard for extreme overclocking builds. 90% of this motherboard is covered in advanced heat dissipation plates to cool down your hardware. It has the latest Integrated EK waterblock and high-conductivity pads to take care of VRMs, PCH, and CPU. This mobo also provides an ultimate cooling solution for M.2 slots with the help of embedded backplates. Oh, and did we forget that this board has 18+2 VRM Phases?

First of all, if you really don’t care about the budget and need an ultimate and future-proof motherboard, then there isn’t a better board than the Asus ROG Maximus XIII Extreme Glacial. Yes, the word “Glacial” really reflects its purpose here, which means this motherboard has a great capacity to keep your system icy-cool for a longer period.

Maximus XIII Extreme Glacial supports the Tiger Lake CPUs on an LGA 1200 socket. Most portion of this motherboard is covered in copper EK waterblock, which means you can test the limits of your hardware by overclocking it.

Also Read About: Best AM4 Waterblocks

This liquid-cooled motherboard is a powerhouse in itself. As compared to previous boards on our list, this one has 20 VRM phases (100 amps) for ultimate performance. Out of the 20 VRM phases, 18 are reserved for your processor whereas the remaining two secondary rails deal with other components.

By having the first look at the motherboard, you will see a huge copper EK waterblock covering almost every useful slot. Even the M.2 slots, PCIe Express slots, and M.2 slots are not far behind the reach of cooling plates.

Also, there’s a small OLED screen in this motherboard to get a peek at your CPU and VRM temperatures. Moreover, there are three slots for PCIe 4.0 compatible GPUs, five M.2 slots for connecting faster SSDs,  dual Thunderbolt 4 USB-C, and x2 USB 3.2 Gen 2 slots for faster data transfer.

The Glacial comes with an integrated WiFi 6E that shows improved performance over the Wi-Fi 6. In addition to a built-in Wi-Fi adapter, there is x1 Marvell AQtion 10Gb and x1 Intel 2.5Gb Ethernet port to stay connected to your LAN.

At all, the ROG Maximus XIII Extreme Glacial is an extreme performance motherboard to build a future-proof liquid-cooling system.

The MPS Z390 is an ideal mobo for LGA 1151 compatible Intel CPUs. For a cheaper price, you get a highly compatible board for your liquid cooling build. It has a simple BIOS interface to overclock your hardware. It is a sturdy motherboard with plenty of RGB customization as well.

The MSI MPG Z390 Gaming PRO looks somewhat similar to the famous Z370 Gaming Pro, but with support for the powerful CPUs in the 8th and 9th gen lineup. Plus there are a lot of improvements that this motherboard has over the previous models like the RGB aesthetics at the top side of the I/O section, a lower M.2 drive cover, and a Gen2 USB 3.1 front-panel connector.

The MPG Z390 comes with 5 double phases for the CPU and the remaining one for the GPU. Also, the most important portions of this motherboard like the MOSFETS, chokes, and capacitors are covered by the heat spreader.

There are four DIMM slots on the top-right side of the motherboard. And you can overclock your DDR4 ram up to 4400MHz as well. Unfortunately, there aren’t any waterblocks or heat spreaders attached with the DIMM slots to handle the high temps. But using an aftermarket water cooling kit can fill this gap.

Also, there are a handful of connectivity options like support for USB 3.1 Gen 2, x2 M.2 Turbo slots, and some useful I/Os.

How a Motherboard Can be Water-Cooled?

A motherboard can be water-cooled with the help of a monoblock, a combination of several waterblocks. Monoblocks cool down your VRMs, CPU, and other connectivity slots on your motherboard.

Cooling your motherboard is very important if you want to overclock your hardware. Higher temperatures can cause damage to your CPU, GPU, Ram, or any other important part. Liquid cooling helps in regulating the temperature of VRMs and MOSFETS to avoid any damage.

Do you need a special motherboard to install a liquid cooling system?

Well, you can install a liquid cooling system on a standard motherboard but it won’t help you that much in cooling down the temperature. So motherboards that come with liquid-cooled monoblocks can give you more edge in lowering your temperature at higher clock speeds. 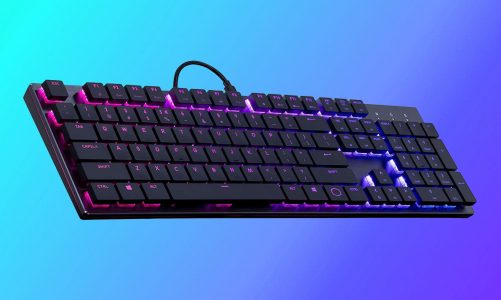