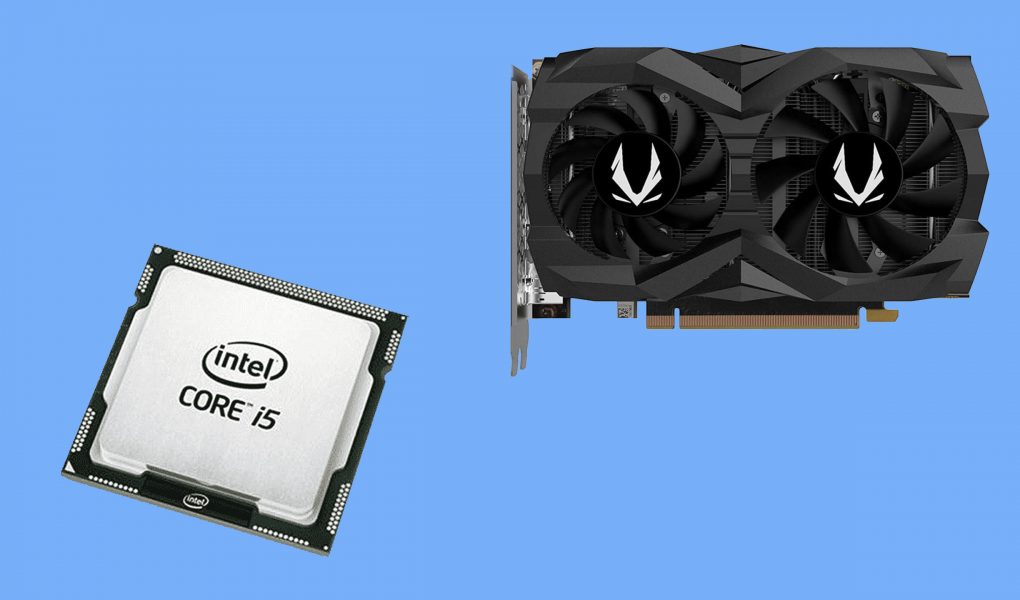 The Nvidia GTX 1660 Super is one of those graphics cards that fall under the budget range of many gamers. And to get the most out of your GTX 1660 Super, you need to pair with the right type of CPU. Now, the market is flooded with a lot of options when looking for a CPU, but not all of those can keep up with the pace of a GTX 1660 Super.

We just have two CPU manufacturers to choose from, Intel and AMD. But as we dive in, there are a lot of CPUs that pack more cores, threads, and clock speed. But the thing is, having an extra amount of cores and threads won’t give you an added benefit with a GTX 1660 Super. A CPU with at least 6 to 8 cores would be enough to keep the bottlenecking down to a minimal level.

All the CPUs on the List at a Glance

All of these CPUs show ideal performance with GTX 1600 Series graphics cards. We have played many games as well, and there wasn’t any stuttering at all, which means that all of these chips were keeping up with the pace of a GTX 1660 Super. Let’s dive in and review some of these CPUs.

One of the best deals you can get for a low-budget CPU for GTX 1660 Super. You can play games at 1440p without noticing any bottlenecking. Two things to mention about the Ryzen 5 3600X are the Wraith CPU cooler and added support for previous Ryzen chipsets.

The content creation on this CPU is faster than Ryzen 5 2600. Since the processing is fast and the heat is low, there is almost no sound of the CPU fan even under heavy load. So, seize the deal for the most recommended CPU for GTX 1600 Series GPUs which offers a bundle of features and delivers solutions to your daily computing tasks.

Smoothly browse through multiple applications like Adobe Premiere Pro, Maya Blender, Adobe Photoshop, MS Office, and Adobe Illustrator, and take complete use of work resulting in a smooth and result-oriented PC experience. And if you are into streaming and gaming at the same time, the Ryzen 5 3600X can let you through a lag-free streaming experience as well.

Just to give you a small overview of the gaming performance on AMD Ryzen 5 3600X with GTX 1660 Super playing one of the top-rated games like Assassin’s Creed Valhalla with an average frame rate of 54fps at 1080p ultra-high settings as low as 42fps and max at 70fps.

At 1080p low settings, you can expect a minimum of 65fps and a maximum of 98fps. This means that at a maximum CPU usage still there will be no sign of any bottlenecking or lags.

A pretty impressive chip for the price if you’re looking to get the most out of your GTX 1660 Super graphics card. It’s reasonably faster than the AMD Ryzen 3600X in most computing tasks.

In real-world applications, i5-10400F gives a decent experience in processing-intensive tasks such as editing and exporting video projects in Premiere Pro. Gaming is where the i5-10400F really shines and gaming1080p 60fps gaming isn’t a big deal for this CPU.

A budget-friendly CPU for all with absolute zero compromises or setbacks in terms of gaming or work-related use or even while experiencing both. As the price of Intel Core i5-10400F already speaks for itself and so will the performance when paired with GTX 1660 Super. You will be able to do almost everything with this setup.

Utilize it for work with tools like Maya, Adobe Premiere Pro, Adobe Illustrator, Adobe Photoshop, MS Office, and Blender if you need professional content productivity. The i5-10400F is the best bang for your buck CPU for GTX 1660 Super to go with.

Delivering great AAA game titles like GTA 5, Red Dead Redemption 2, Cyberpunk 2077, and Assassin’s Creed Valhalla with an average frame rate of 82fps at 1080p. At 1080p ultra-high settings, the average fps rate was around 45fps with a min of 31fps and a max of 77fps.

If you are looking for a reliable CPU to boost the performance of your GTX 1660 GPU, then your search ends here. The performance of Ryzen 7 2700X speaks for itself with a definite upgrade from 1st gen Ryzen and by beating quite a number of top-performing CPUs from Intel.

The AMD Ryzen master utility lets you overclock this CPU to 4.35 GHz and you will see a noticeable high clock speed beating the Ryzen 1700X in every aspect.

To sum it up, a great combo for both multitasking and gaming. Video and photo editing apps like Adobe premiere pro, Blender, Adobe Photoshop, Adobe Illustrator, and Maya, can de easily be handled by this CPU. Almost all the major game titles like Red Dead Redemption 2, Cyberpunk 2077, and GTA 5 are playable.

A small in-game performance overview to help you in taking an accurate and calm decision for yourself. We paired GTX 1660 Super with Ryzen 7 2700X to see how it performs with respect to some demanding AAA titles.

So, we tested the highly acclaimed Assassin’s creed Valhalla with an average frame rate of 50fps at 1080p (ultra-high settings) with the most min rate at 33fps and 92fps at max. At 1080p low settings, the frame rates moved up to an average of 80fps with 48fps at min and max 98fps.

Ryzen 9 3900x is the most compatible and powerful CPU to install with GTX 1660 Super. This is one of those CPUs that has given a tough time to Intel’s i9-9900K in hardcore gaming. With the Ryzen 9 3900X, the cache memory has been doubled, which means that it will give a much more improved gaming performance by up to 21% as compared to previous CPUs in the family.

Production workloads like working on Adobe Premiere Pro, Adobe Photoshop, Adobe Illustrator, Blender, Maya, MS Office, and many more such tasks can be smoothly performed with this CPU.

The AMD Ryzen 9 3900X is a powerful and highly recommended CPU for GTX 1600 Series Graphics chips. It can almost run every new game like Cyberpunk 2077, GTA 5, Red Dead Redemption 2, etc.

A good CPU for GTX 1660 Super and ideal for those users who want both the creative and game experience at an extreme level.

Ryzen 7 5800xis definitely one of the most highly efficient CPUs to kick up the performance of Nvidia’s GTX 1600 series chips. This CPU delivers an excellent performance in both gaming and content creation.

AMD Ryzen 5800X has proven to be a great contender for gaming especially if it’s about getting higher frame rates. This processor performs much better if you compare it side by side with the Ryzen 7 3700X in AAA game titles. Not just in gaming but also beats the 3700x at all the heavy multitasking workloads.

So, if you are not on a fixed budget and want a setup that is a definite upgrade from Ryzen 7 3700X, then the Ryzen 7 5800X is the one for you. For all days of work, no matter whether it is content creation, editing photos, or rendering videos, this CPU can easily tackle any of these tasks with ease.

The Ryzen 7 5800X is a top-rated CPU to pair with your GTX 1660 Super GPU if you want to play AAA game titles without any bottlenecks or lags on your screen.

To name a few major titles like GTA 5, Red Dead Redemption 2, Cyberpunk 2077, and Assassin’s Creed Valhalla were tested with an average frame rate of 86fps at 1080p low settings as low as 50fps, and the max rate was 98fps. At 1080p ultra-high settings, the average fps rate was 41fps and the most min was 25fps and the max was 60fps rate.

Finally, these were some of the best processors for the Nvidia GTX 1660 Super on the list. Now all of these CPUs perfectly sit in every budget category to get the most out of your GTX 1600 Series cards.

No matter if you choose an Intel or AMD CPU, at the end of the day, it is the performance that matters the most in gaming and other intensive tasks. AMD chips are cheaper compared to Intel. If you need more multitasking performance, then AMD packs great value with higher clock speed and cores.

On other hand, if it’s just gaming on your GTX 1660 Super, then an Intel significantly boosts your frame rates with its powerful single-core performance. 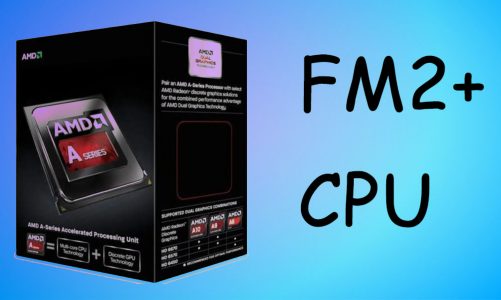 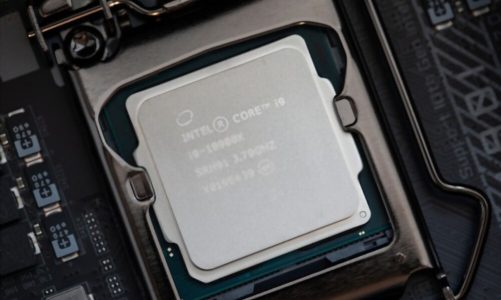